French film director and scriptwriter Bruno Dumont, the laureate of several awards from the Cannes IFF and a nominee for the Golden Lion of Venice and Golden Bear of Berlinale, visited Prague’s FAMU. The artist worked at FAMU from 21 to 25 March as a mentor in the programme that the school organises to connect its students with the current global cinema.

Students visited screenings of selected Dumont’s film at the French Institute, a series of masterclasses during which the director explained various types of his creative approaches (such as casting and guiding actors, and script and its visual form) and one-on-one consulting sessions. The director also offered consultations on student films from partner film schools from Slovakia and Belgium.

Starring French actress Léa Seydoux (Blue is the Warmest Colour, The Grand Budapest Hotel), Dumont’s latest film France was purchased by Film Europe and released for distribution in the Czech Republic on 24 March. The film pre-premiered for the general public at Kino 35 on 22 March and at Kino Edison on 23 March, with the director personally attending both screenings.

The mentoring event was held with the financial support from the European Union and in cooperation with Film Europe and the French Institute in Prague. 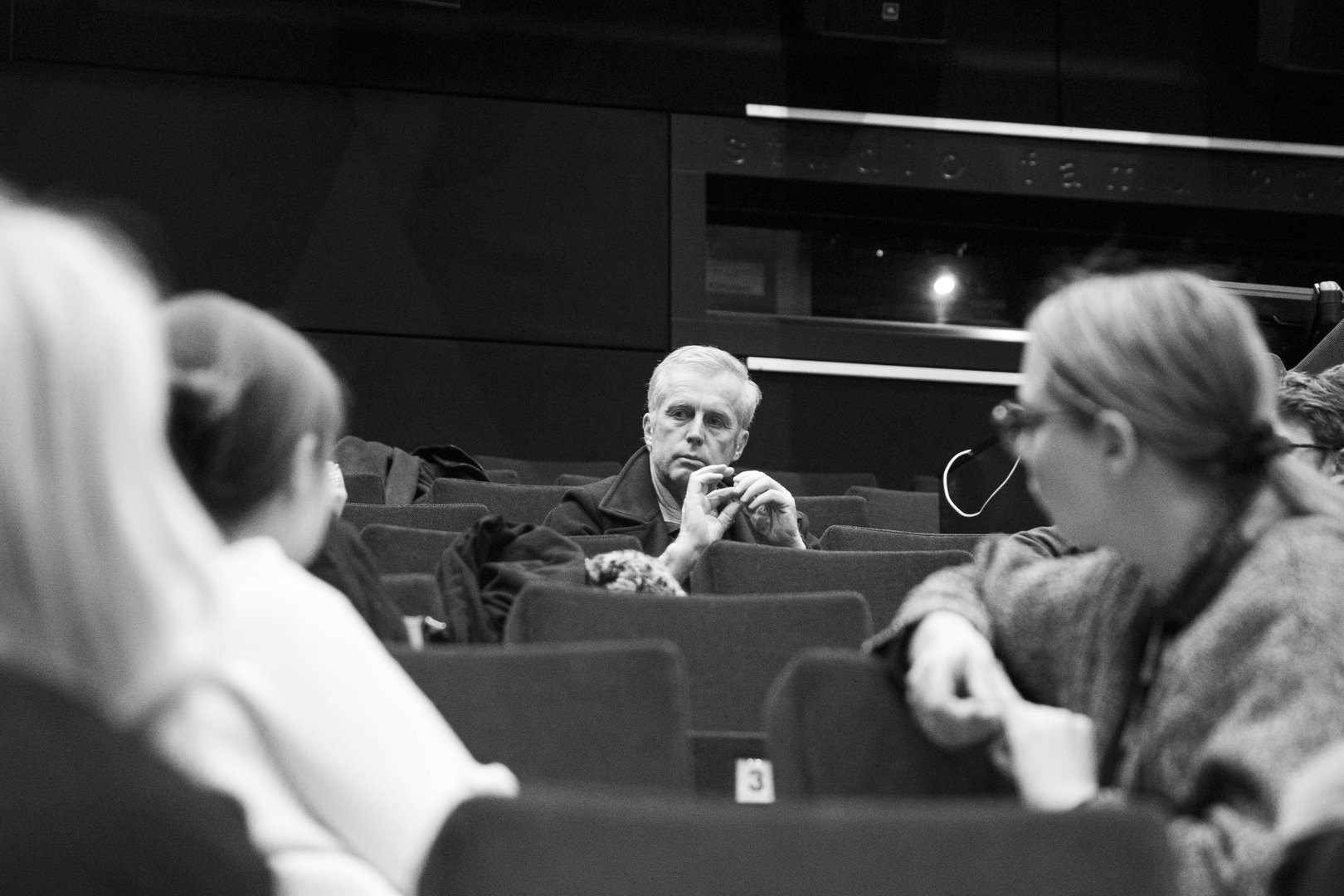