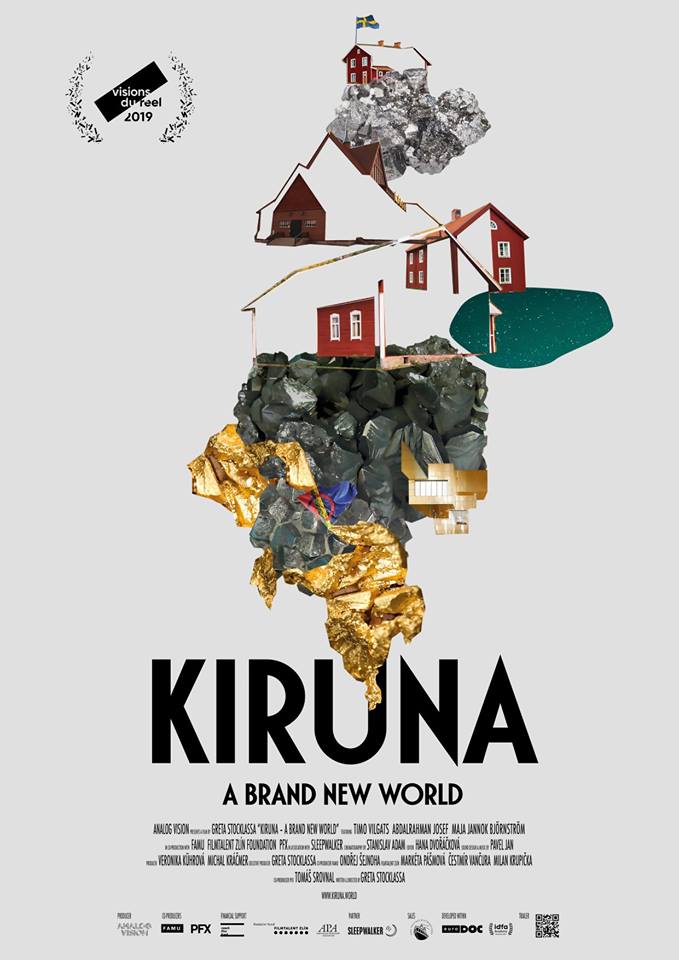 Kiruna – A Brand New World of Greta Stocklassa from the Department of Documentary Film is nominated to the Doc Alliance Selection Award granted as part of the Doc Day Lunch at the Marché du Film - Cannes Festival!

The movie trailer was exclusively published on the prestigious European film server Cineuropa.

If we could build a new society from scratch, what would it look like?

Located way above the polar circle, the Swedish mining town Kiruna was built on a great iron ore deposit, and created a significant income for the Swedish government. However, due to the mining the city has started to collapse and in order to save the industry, the city council together with the mining company LKAB have decided to move the town and its citizens 3 kilometers to the east. In this way, the town has turned a potential disaster into a great opportunity. The new Kiruna will be an even more progressive, even better society for the future. But is it even possible to plan an ideal world?

On the backdrop of a moving city, the citizens of the New Kiruna are fighting their own battles. We follow the teacher Timo, a local activist against the moving, the teenage Sami girl Maja who is discovering her family roots and cultural heritage as well as Abdalrahman, a teenage boy from Yemen, who came to the town as a refugee and slowly realizes that it takes more than just a paper to become a Swede.

The seemingly very different characters are facing the same questions as the city is looking for its place. They are starting their personal search for identity, values and a greater future. The film “Kiruna - a brand new world” is a portrait of a utopian and dystopian town as well as a hard-hitting reflection of today’s society.

With the Support Of: Státní fond kinematografie
In Association With: Sleepwalker
In Co-production With: FAMU, FILMTALENT Zlín Foundation, PFX