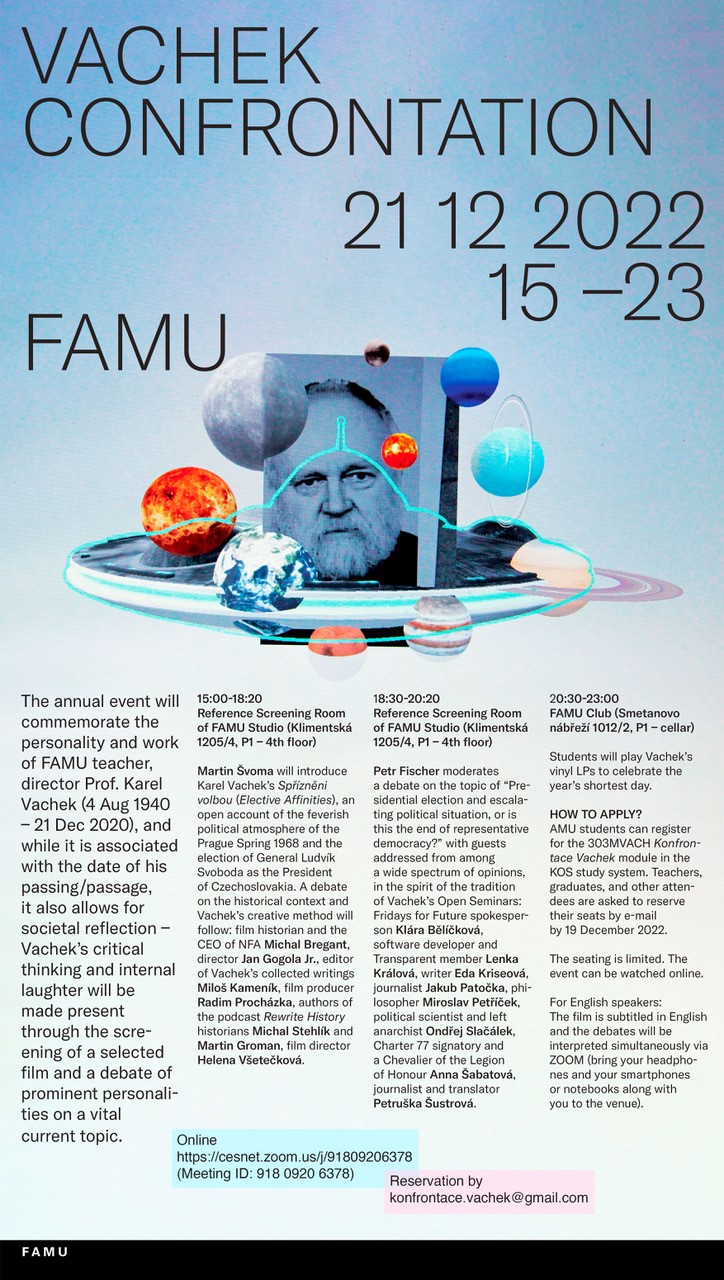 The annual event will commemorate the personality and work of FAMU teacher, director Prof. Karel Vachek (4 Aug 1940 – 21 Dec 2020), and while it is associated with the date of his passing/passage, it also allows for societal reflection – Vachek’s critical thinking and internal laughter will be made present through the screening of a selected film and a debate of prominent personalities on a vital current topic:

Petr Fischer moderates a debate on the topic of “Presidential election and escalating political situation, or is this the end of representative democracy?” with guests addressed from among a wide spectrum of opinions, in the spirit of the tradition of Vachek’s Open Seminars: Fridays for Future spokeperson Klára Bělíčková, software developer and Transparent member Lenka Králová, writer Eda Kriseová, journalist Jakub Patočka, philosopher Miroslav Petříček, political scientist and left anarchist Ondřej Slačálek, Charter 77 signatory and a Chevalier of the Legion of Honour Anna Šabatová, journalist and translator Petruška Šustrová;

AMU students can register for the 303MVACH “Konfrontace Vachek” module in the KOS study system.
Teachers, graduates, and other attendees are asked to reserve their seats by e-mail to konfrontace.vachek@gmail.com by 19 December 2022.

For English speakers: The film is subtitled in English and the debates will be interpreted simultaneously via ZOOM (bring your headphones and your smartphones or notebooks along with you to the venue).