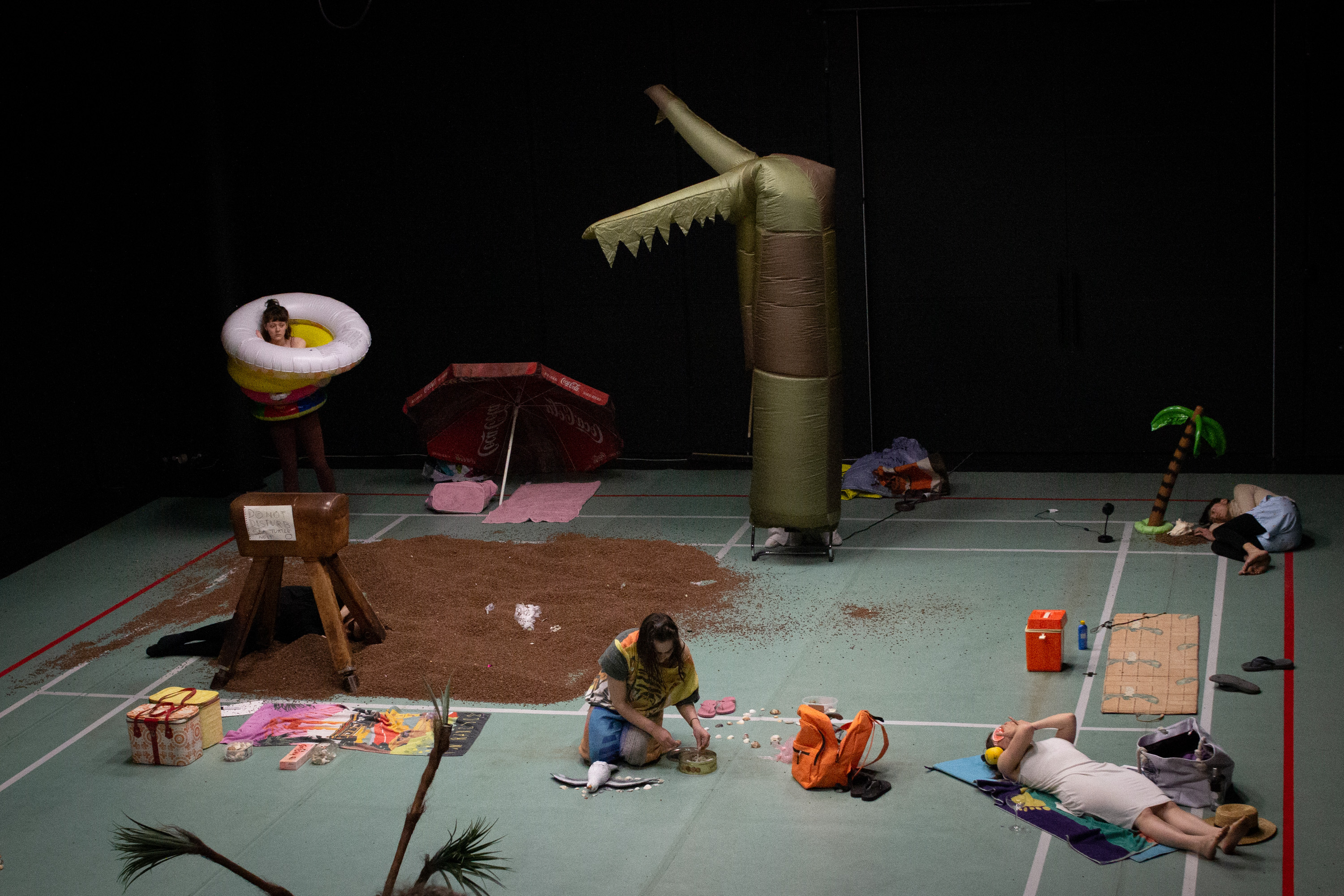 Successful cooperation between FAMU, DAMU and the DISK Theatre

We are happy to see that collaborations between Faculties have been successful in establishing connections between FAMU and DAMU students and the DISK Theatre where our students can gain experience in creating audiovisual works in terms of producing theatre shows, working with theatre directors and actors, getting to know the theatre environment and all the professions that it involves, and sensing its atmosphere.

The outcome of this enriching and inspiring inter-Faculty dialogue is recordings and photographs of plays, trailers that advertise upcoming plays, and other promotional material. Equally important are the professional bonds, inter-generational connections and experience with intensive team work.

Another module that students had an opportunity to register for is DISK Theatre Photography. Zuzana Tomková from the Department of Photography is its guarantor. The subject is intended to develop creative skills in using photographic means of expression for capturing theatre performances. Tobiáš Páral and Kacper Senkowski shot the dress rehearsal for Pláž, Ekaterina Fonina captured the dress rehearsal for Kočka na kolejích (Cat on the Rails), and Juan David Cevallos shot the premiere of the play Divadlo introvertů (Theatre of Introverts).

The module Live Editing: Theatre with guarantor Vítězslav Romanov from the Department of Editing was also completed. It was topped off by the filming of five theatre plays – Harlequin is Dead, Impatient Heart, Hero of the West, Tupým koncem and III. Nádvoří (Third Yard Shows). The module has been operating since 2014 and this year marked the ninth round of collaboration. On the part of FAMU, the Departments of Editing, Production, Cinematography, and Sound design are involved in the cooperation.

DAMU also works with FAMU students when photographing and/or filming various events such as the official opening of the academic year, graduation ceremonies, and meetings with Ukrainian students. For example, Vojtěch Kába films cameos that feature the school’s graduates. Other FAMU students with Alexei Chubun at the helm made a video reportage from the Zlomvaz festival and are currently filming a promotional video for DAMU.

We are looking forward to more inspiring and fulfilling collaborations that are ahead and wish to thank everyone who has been involved in the cooperation to date.