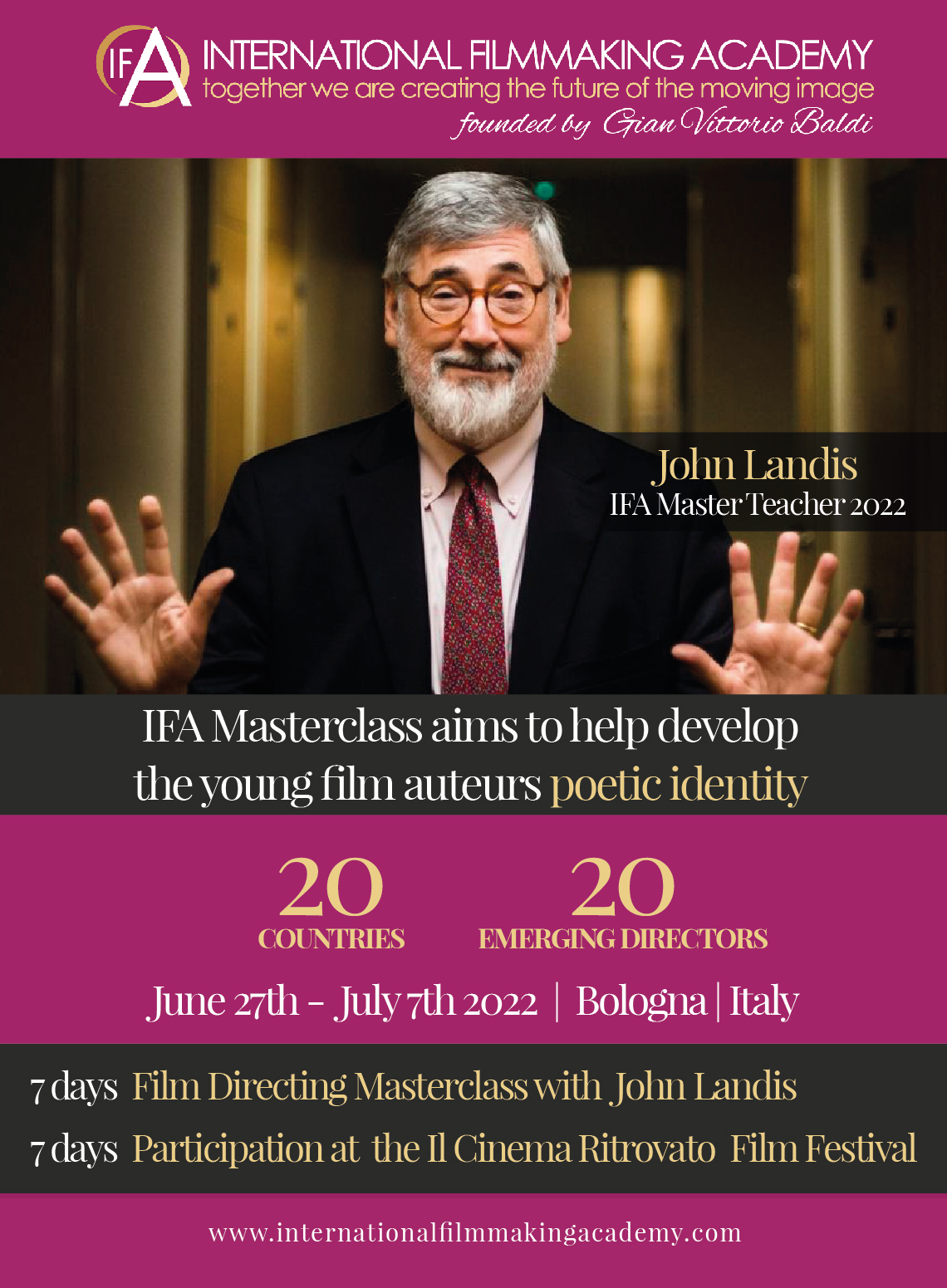 We are pleased to announce that we have secured a scholarship for one selected student to attend the John Landis Masterclass organized by the International Film Academy (IFA).

IFA aims to help the new generations to affirm their own voice. In our previous editions, IFA hosted great personalities such as Bernardo Bertolucci, Abbas Kiarostami, Béla Tarr, Jane Campion, Cristian Mungiu and others.

- 7-day Masterclass led by John Landis who will discuss his aesthetics, language and approach to his cinema. Landis will mentor the emerging talent through the complete directing process from script to final edit. He will also screen and critique the student’s latest film.
- 7-day participation at the 36th Il Cinema Ritrovato Film Festival, one of the most prestigious film festivals in the world specializing in restored cinema. A true cinephile paradise, with more than 500 movies and events.
- Accommodation
- Round trip to Bologna
- Opening lunch and closing dinner with John Landis

- Submit a letter of motivation in English describing your interest in John Landis’ work, possible learning outcomes, or inspirations for the student’s future work. The more thorough the idea, the better.
- Submit a brief description of your latest film/school project that you would like to present to John Landis and your fellow participants during the workshop.

Both documents will be reviewed by head of FAMU International Jitka Hejtmanová and Vice-dean for International Affairs David Čeněk.