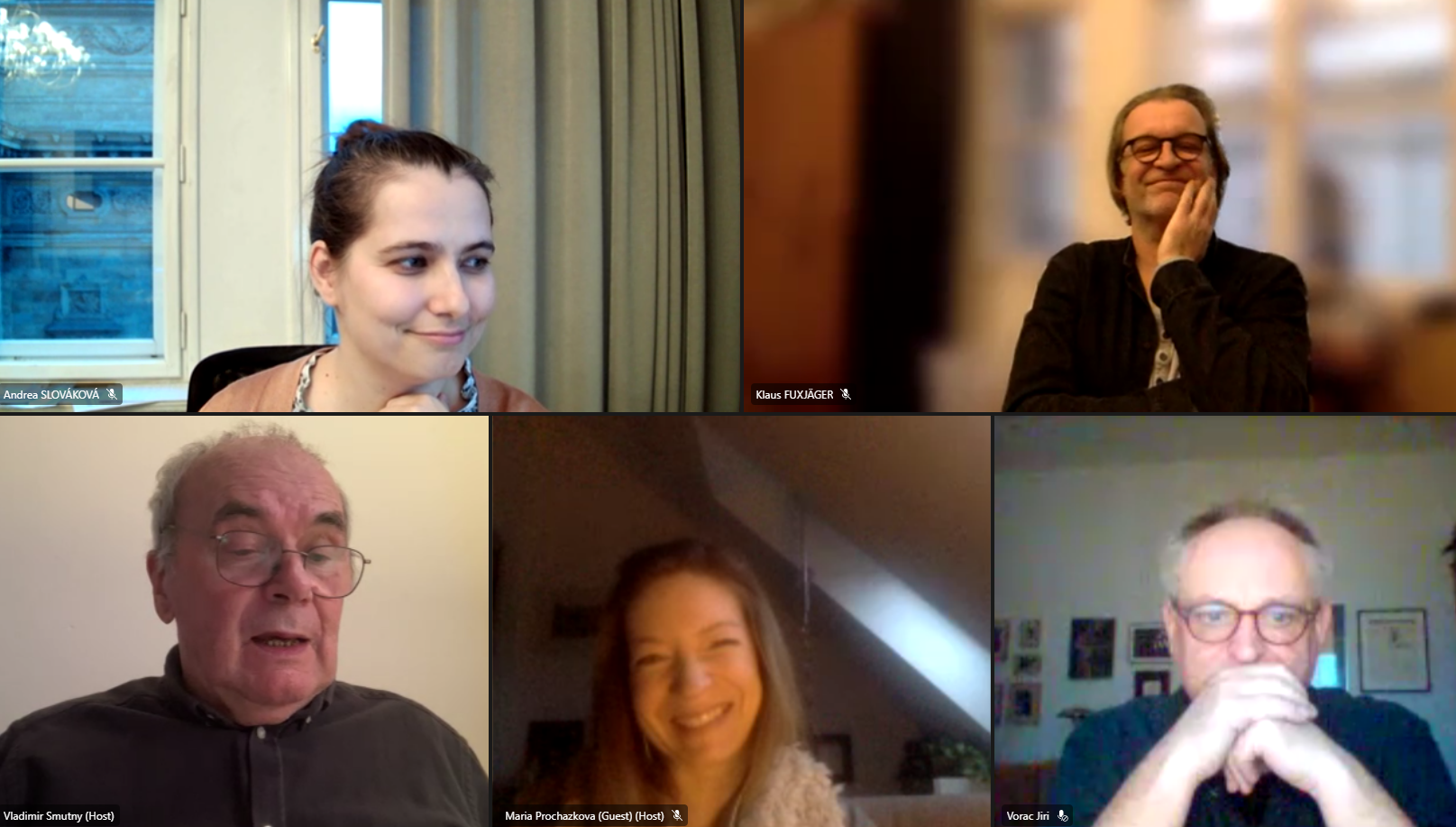 We are immensely happy to inform you that Klaus Fuxjäger, cinematographer and a teacher at our Department of Cinematography, has successfully completed his Associate Professorship qualification. He delivered his habilitation lecture titled ‘Fill Light’ online on Thursday 27 January. The public part of the lecture was filmed, and it will be subtitled and posted on our website in the coming days for everyone to watch.

As a Director of Photography, Klaus Fuxjäger has worked on a number of feature films, both Czech and international. Examples include Blue Tiger directed by Petr Oukropec; The Past, Mr Fuxjäger’s first full-length that he made while still a student at FAMU and Lizard’s Tale, both directed by Ivo Trajkov; The Diary directed by Jackie Chan, The Third Half directed by Darko Mitrevski and Expulsion from Paradise directed by Věra Chytilová. He won major awards for many of them: he was nominated for the Czech Cinematographers Association Award for Blue Tiger and Lizard’s Tale for excellent cinematography work; The Past earned him the Czech Cinematographers Association's Jaroslav Kučera Award from the Czech Cinematographers Association, The Third Half was nominated for the Best Cinematography Award at the Manaki Brothers international cinematographer festival in Macedonia, and Klaus Fuxjäger achieved success also while he was a student at FAMU: He won the Maxim Award for cinematography and the Eastman Kodak Award for an unconventional contribution to cinematography for Ludmila S. at the FAMU Festival in 1999. Three years earlier, in 1996, he received a honorary mention at the festival for The Last Fighter. Klaus Fuxjäger also collaborated on Jiří Menzel’s I Served the King of England and many Hollywood films, for example Van Helsing by Stephen Sommers and A Knight’s Tale directed by Brian Helgeland. Lending his creative input and artistic vision, Klaus has contributed to many films, recognized and awarded at festivals: Berlinale, Camerimage, Czech Lions, Art Directors Club of Europe Awards, Golden Hammer Awards, to name a few. Klaus Fuxjäger has also filmed and collaborated on more than 100 TV commercials and 10 video clips. Shooting TVC’s, Klaus has worked worldwide with acclaimed directors Ben Wee, Tak Kuroha, Rojo, Michel Meyer, Tim Kendall, Nobrain and Anton Josef (amongst others).

Klaus Fuxjäger is a full-time teacher at the Department of Cinematography since 2013; his educational work includes the Cinematography and Lighting seminars including practical exercises.
Klaus Fuxjäger was born in Austria; he has spent one year at the American University of Rome, completed an internship at the Centro Sperimentale di Cinematografia in Rome, and speaks five languages. He graduated from FAMU in 1999.

A record of the habilitation lecture with English subtitles is in the process, as soon as it is ready, we will publish it here.