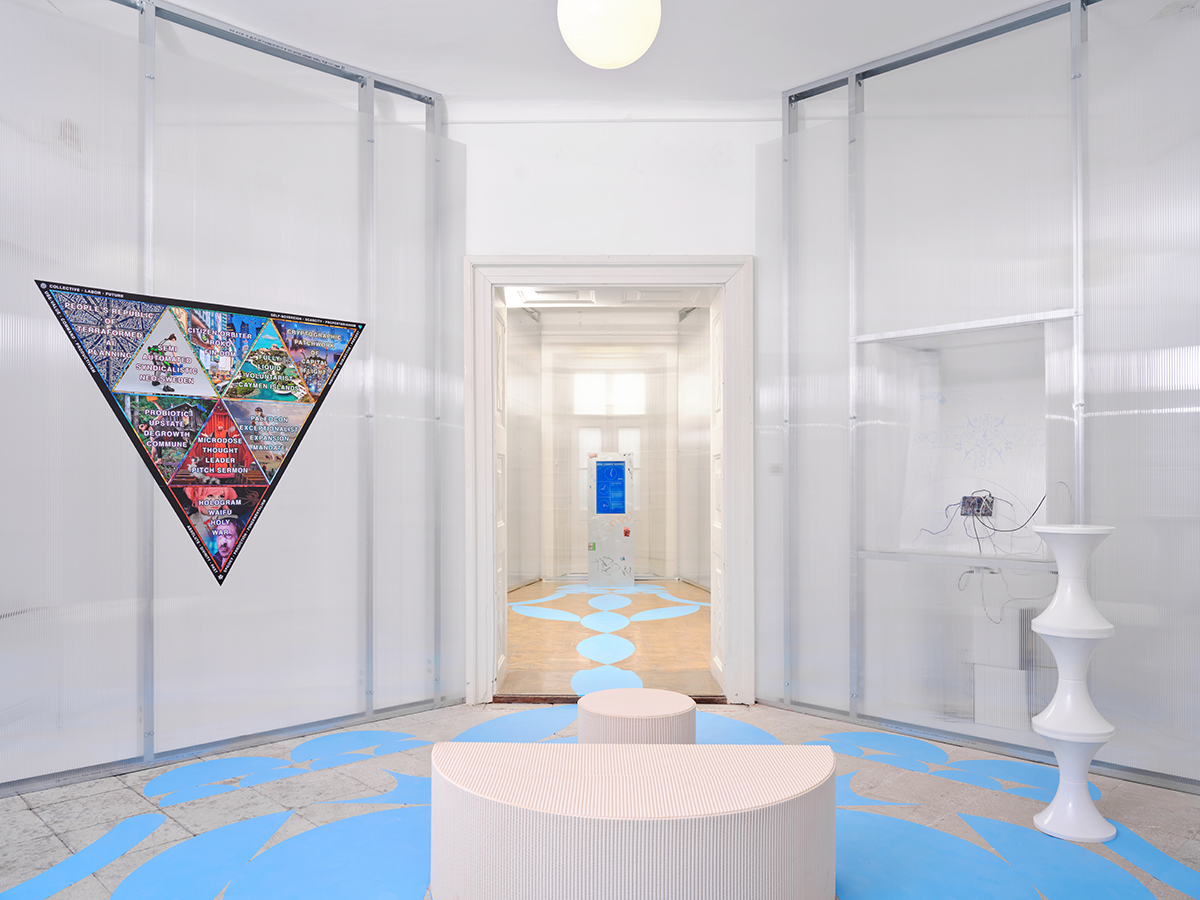 On Wednesday, November 3, 2021, the Slovenian curator Tjaša Pogačar will be the guest speaker for the fourth edition of the Seminar of Accidental Wisdom lecture series. The event will take place from 19.00 in the Auditorium 1 in the FAMU building in Prague. Online streams will be available via Zoom and Facebook Live.

The talk will focus on the 34th Biennale of Graphic Arts titled ISKRA DELTA that is currently on view in Ljubljana. This edition of the biennale takes its name from a Slovenian company and one of the largest computer manufacturers in Yugoslavia, which had the potential to become a major player on the global market but went dark after the country’s collapse. Rather than focusing on the past in a time haunted by the spectres of "lost futures", ISKRA DELTA acts as a fictional entity, a name for and an incantation of the world yet to come. While presenting positions from different countries around the world, the biennale holds a strong generational and regional focus and perspective.

Drawing on some of the art practices and projects that come to co-shape and inspire this edition of the biennale the talk will present the conceptual framework and curatorial approach of ISKRA DELTA while trying to situate it in a wider local context and questions and conditions that define it.

Tjaša Pogačar is a curator of contemporary art and co-founder and editor-in-chief of Šum, a Ljubljana based magazine and platform for art and theory-fiction. She worked with Museum of Contemporary Art Metelkova, Škuc Gallery and Aksioma Project Space, among others, curating solo and group shows. In 2019/20 she curated two editions of IFCA - International Festival of Computer Arts in Maribor titled Automated Ecologies and Infrastructure Complex: Altered Earth that focused on questions arising from the intertwining of technology and planetary ecologies. Currently she is a curator and producer of intermedia art at the Projekt Atol Institute in Ljubljana. With Šum and Projekt Atol she launched an offsite/online exhibition project Plaza Protocol that is developing new formats and plots for and from an unfinished construction site of an underground shopping mall on the outskirts of the city. She is also the curator of ISKRA DELTA - 34th Ljubljana Graphic Biennale.

Seminar of Accidental Wisdom (SAW) is an interdisciplinary series of 11 lectures by curators, artists, and theoreticians who will enter a dialogue with viewers about the theoretical interpretation of contemporary audiovisual forms, photography, and exhibition theory. SAW is a joint project of the Film and TV School of the Academy of Performing Arts in Prague, Kunsthalle Bratislava, and lítost gallery, Prague. The Seminar of Accidental Wisdom has been kindly supported by the Ministry of Culture Czech Republic Arts Grant.