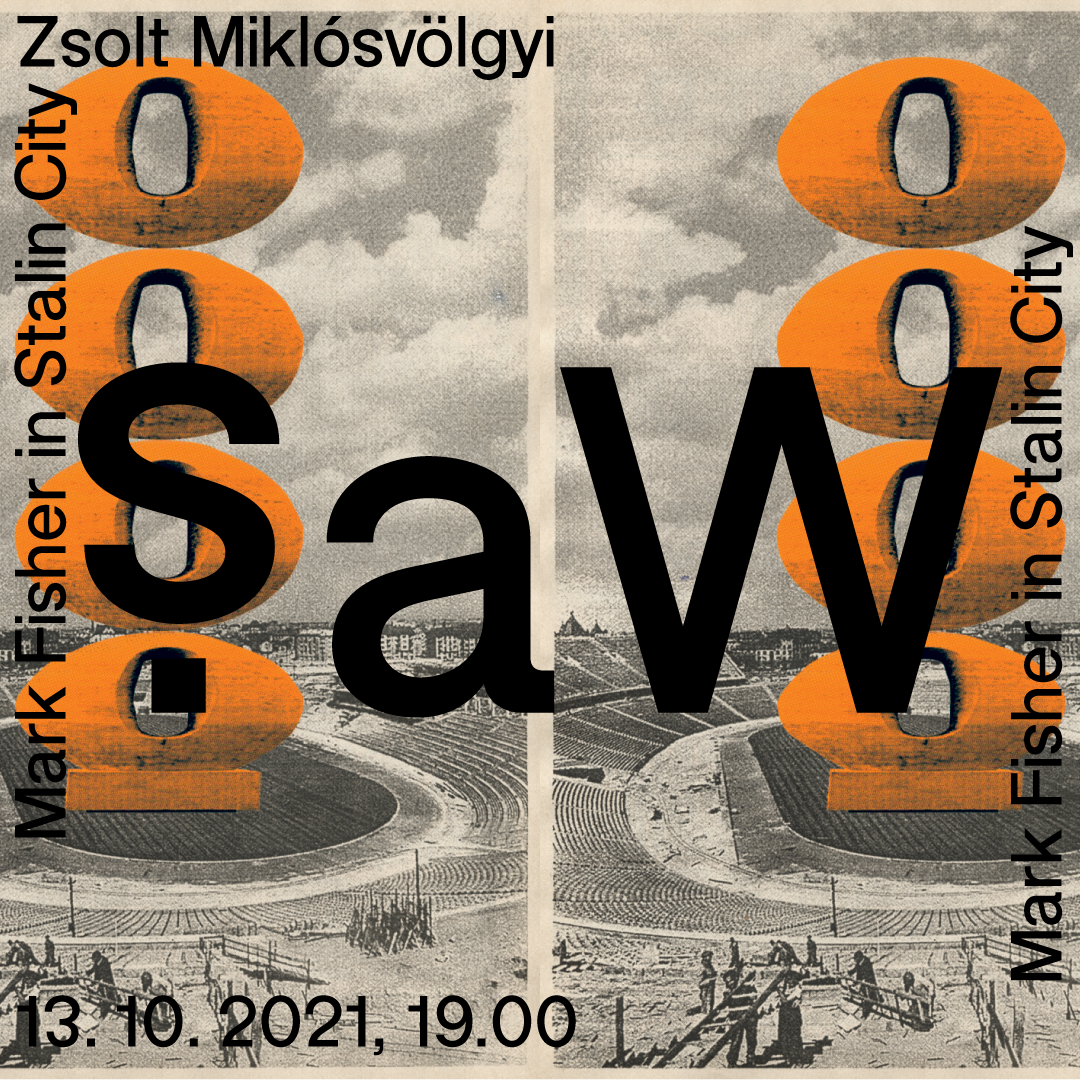 On Wednesday, October 13, 2021, the curator and writer Zsolt Miklósvölgyi will be the guest speaker for the Seminar of Accidental Wisdom lecture series. The talk will explore the notion of 'critical nostalgia' coined by influential British cultural theorist Mark Fisher. The lecture will develop his ideas in the context of failed utopian experiments and ghosts of a lost future. The lecture will be streamed live on Zoom, YouTube, and Facebook Live.

Zsolt Miklósvölgyi is a critic, editor, and art writer from Budapest, Hungary. He is a Co-Editor-in-Chief of the Berlin-Budapest-based art collective and publishing project "Technologie und das Unheimliche" (T+U) and editor of the Café Bábel essay journal. His ongoing (para)academic, artistic and curatorial interests include post-digital printing, comparative ethnofuturism, spatial and geopoetic speculations. He holds a Ph.D. in literary and cultural studies. He has been a visiting research fellow at the Humboldt University in Berlin, Germany as well as at the Wirth Institute of the University of Alberta in Edmonton, Canada. Together with the T+U collective, he recently participated at the ISKRA DELTA: The 34th Ljubljana Biennale of Graphic Arts. He was a co-curator of the Hungarofuturist project Those Who Are Not With Us Are Also With Us at the OFF Biennale Budapest 2021. In 2020, he was a co-curator of the Leaning on the Past, Working for the Future online group exhibition at the Kunsthalle Exnergasse in Vienna, Austria.

In his lecture, Zsolt Miklósvölgyi will examine Mark Fisher's notion of 'critical nostalgia' in the context of failed utopian attempts and the specters of lost futures haunting our contemporary Eastern European geocultural landscape. In that regard, it will aim at elaborating on the following questions: What if, regardless of the otherwise incommensurable ghosts of popular modernism and social modernism, at least in the context of subversive art practices, the two could mingle in a fertile way? How could we open up a field for speculative imagination where the specters of Mark Fisher’s thoughts and the genius loci of the former Eastern Bloc still haunted by the promises of social modernism could interfere with each other? However, instead of answering these questions from a rigid discoursive-academic point of view, the presentation will focus on various art projects embracing the spirit of xenofuturism from the Eastern European region.

Seminar of Accidental Wisdom (SAW) is an interdisciplinary series of 11 lectures by curators, artists, and theoreticians who will enter a dialogue with viewers about the theoretical interpretation of contemporary audiovisual forms, photography, and exhibition theory. SAW is a joint project of the Film and TV School of the Academy of Performing Arts in Prague, Kunsthalle Bratislava, and lítost gallery, Prague. The Seminar of Accidental Wisdom has been kindly supported by the Ministry of Culture Czech Republic Arts Grant.