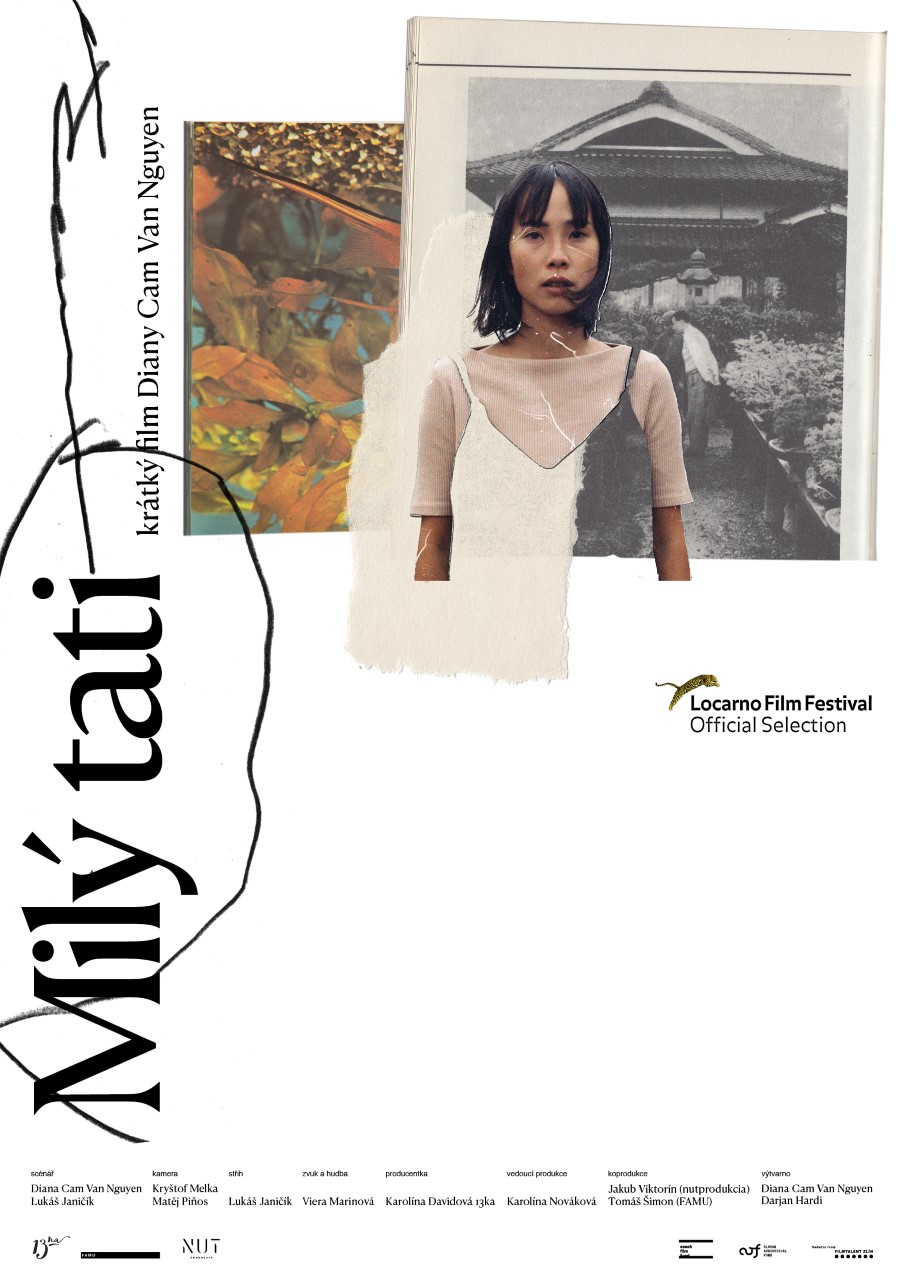 In its world premiere, the animated documentary Love, Dad will be featured on 6th August in the Pardi di Domani competition of Locarno Film Festival. It is one of the oldest festivals in the world, which focuses on discovering young talents and is distinguished by the artistic originality of selected films.

The MA graduation film Love, Dad takes its director Diana Cam Van Nguyen back to her childhood days, when her father used to send her affectionate letters from prison. Through the letters, she remembers the mutual closeness, which, however, came to an end when her father left for another family. Diana uses the film to respond to her father, blaming him for abandoning the family, but also trying to understand his reasons. The theme of the importance of having a son touches on the conflict between Vietnamese tradition and European values.

The author chose a very unusual technique for her film, combining live-action with rotoscoping, 2D and cut-out animation. "For Love, Dad I chose paper collage, because the central theme of the film is letters. From the beginning, I wanted to work with real letters from my dad and thus maintain authenticity,” explains the director.

Currently, the Czech born Diana Cam Van Nguyen is studying a master's degree programme at the Department of Animation at FAMU. Her BA graduation film The Little One (2017) has been screened at many domestic and foreign festivals and won several awards, also competing for the best documentary film for children, the ECFA Doc Award at Berlinale 2019. Her next short film, Apart (2018), had its international premiere at the International Film Festival Rotterdam, it won in the category of the Best Czech Experimental Documentary Film at the Ji.hlava IDFF 2018 and made it among the three finalists at the BAFTA Student Film Awards.

The film was financially supported by the Czech Film Fund, the Slovak Audiovisual Fund and the FILMTALENT ZLÍN Endowment Fund.