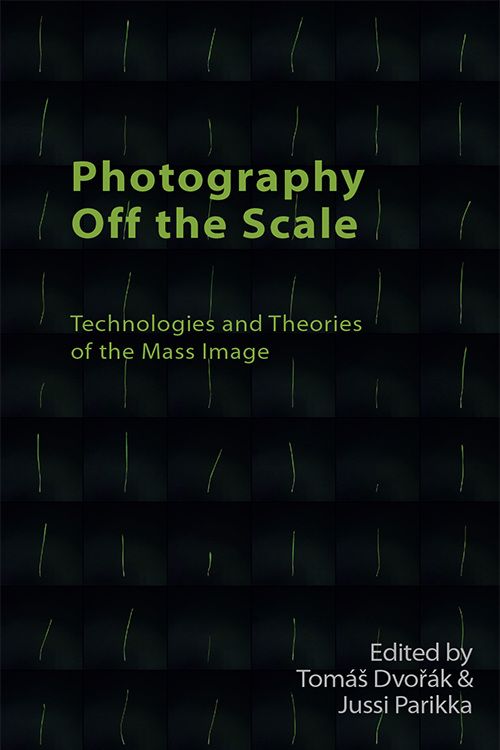 Let us introduce you another exciting new book published in January by our lecturers: Photography Off the Scale: Technologies and Theories of the Mass Image edited by Tomáš Dvořák and Jussi Parikka, published by Edinburgh University Press.

Photography Off the Scale: Technologies and Theories of the Mass Image offers a new interdisciplinary perspective on the scale and quantity of images in contemporary visual culture. The book unpacks the notion of the mass image through the lens of affective, representational, political, logistical and material economies. Contributors include many of the key names who have been at the forefront of discussions about scale, digital visual culture, and photography and scale including Michelle Henning, Joanna Zylinska, Sean Cubitt, Joan Fontcuberta and Geoffrey Batchen.

Jussi Parikka is a writer, media theorist and professor in technological culture & aesthetics at Winchester School of Art (University of Southampton). He is also Visiting Professor at FAMU.