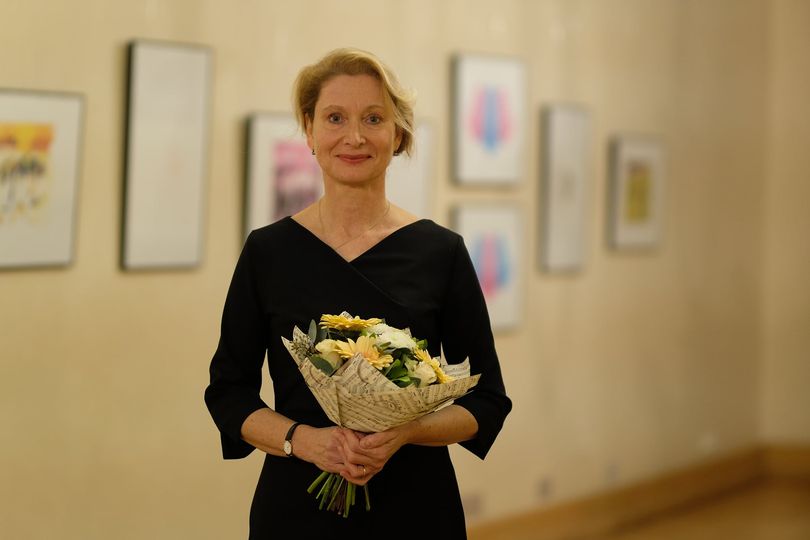 Academy of Performing Arts in Prague elected its new Rector

A general assembly of the Academic Community of the Academy of Performing Arts in Prague was held on 23 November 2020, giving floor to four candidates for the Rector position (Daniela Jobertová, Vlastimil Mareš, Ingeborg Radok Žádná and Filip Suchomel) who presented their concepts for the office. The Academic Senate of AMU, which met immediately after the general assembly, subsequently adopted its final resolution: Ingeborg Radok Žádná was proposed for the nomination as the Rector.

She will officially replace the current Rector Jan Hančil in the position for the next four years on 15 February 2021.

Ingeborg Radok Žádná works at AMU as Vice-Rector for International Relations and Artistic Activity as well as a teacher at HAMU’s Music Management Department. She used to play the cello and viola da gamba, and since 1996 she has held managerial positions at various cultural institutions (the Prague Philharmonic Choir, Prague State Opera, etc.). During her tenure at AMU, she was nominated for many grant panels and workgroups and represents AMU on the Presidium of the University Council of the Ministry of Education. She is the author of several nationwide projects in various fields and in 2015 was elected a member of the Council of the Association Européenne des Conservatoires, Académies de Musique et Musikhochschulen (AEC), of which HAMU is an active member. She received the title of the Knight of the Order of Arts and Letters from the French Government in 2003. In addition to the nomination by a number of collective bodies across AMU, she was also nominated as a candidate by 25% of the students of her own Music and Dance Faculty, a first in the history of AMU.

Her slogan for her new position as the Rector is to ‘balance and unite’. In her concept, she places emphasis primarily on the communication, administration and supporting role of the school’s leading personality. In terms of educational activities, she intends to place greater emphasis on the quality of the graduates’ preparation for their professional life and portfolio art careers, on transforming doctoral programmes with a view to improving the content of studies and financial support for students, and, in more general terms, on ensuring that AMU embraces more modern ways of operation. As far as creative activities are concerned, her concept contains her plans for initiating new grant opportunities, a multi-purpose venue, Rector’s and Dean’s prizes for extraordinary students, etc. As the Rector, she intends to work on improving central administrative support for ongoing projects and on the further use of doctoral students’ potential to the benefit of AMU. She also wants to obtain new opportunities for AMU in the field of international contacts, including international mobility of academic workers, employees and students, improving the conditions for distance learning, strengthening AMU’s PR strategies towards the general public, and the further development of the sustainability policy with regard to cultivating the environment and society.