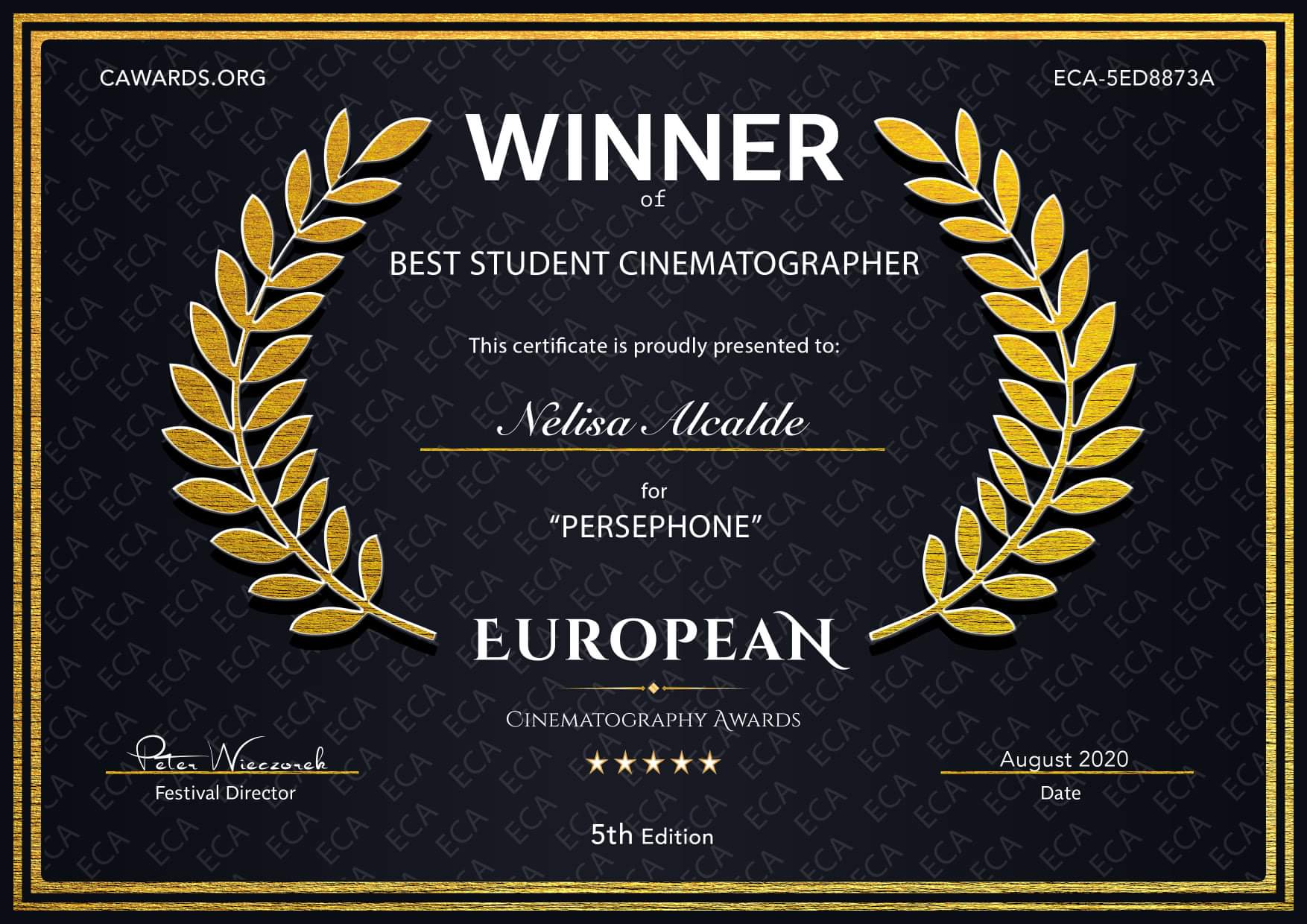 We are pleased to announce that Nelisa Alcalde, a student of the Department of Cinematography - CINKK program, was awarded the best camera in student film at the European Cinematography Awards, for the film Persephone, which she shot with director Dora Šustić.

European Cinematography AWARDS (ECA) is a monthly film competition for filmmakers worldwide. We support new and student film-makers, who are just beginning their careers with a supportive and enthusiastic audience for their creative efforts and giving them access to film industry professionals who can offer guidance and other forms of career assistance.

The award follows only the recent success of this student - in June 2020 she won the award for the best camera in student film at the New York Cinematography Awards.

About the film:
On Sunday morning, young Mary prepares for the Holy Communion ceremony and dresses with the help of her mother. At breakfast and waiting for tea, Marie is drawn into the mysterious world of her imagination, which is evoked by the vivid red color of tea. (FamuFest)