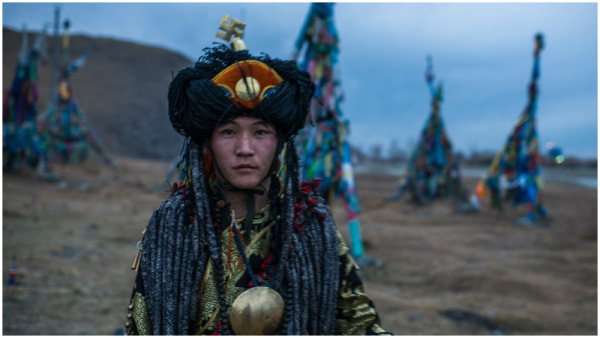 Lkhagvadulam Purev-Ochir takes over the Open Doors in Locarno

A graduate of the one-year Academy Preparation Program (APP) at FAMU International and the promising Mongolian filmmaker Lkhagvadulam Purev-Ochir won the main and secondary prizes at the important Euro-Asian co-production forum Open Doors at the Locarno Film Festival with her film "Ze".

The Open Doors Forum is organized in cooperation with the Swiss Agency for Development and Cooperation (SDC) of the Federal Department of Foreign Affairs (FDFA) and with the help of other European and international organizations.

The debut film of the Mongolian filmmaker "Ze" tells the story of a relationship between a young shaman and a woman, set in the rough neighborhood of a yurt-type dwelling in the Mongolian capital Ulaanbaatar. "Ze" is an examination of the contradictions of today's Mongolia, a country where growing social inequality contrasts with the traditions and ideas of the original Mongolian way of life. "There are certain realities that I really want to come across in this film," Purev-Ochir told Variety recently. "People are really not aware of the type of living and the circumstances in Mongolia in the moment."

See this article for more information.

Another award went to the Fruti Gathering project, whose main producers are two former Burmese students of CDM Cinematography (now CINKK) Thu Thu Shein and Thaiddhi (who is also the cameraman of the project). The film is co-produced by the documentary filmmaker and pedagogue of the Department of Documentary Film at FAMU, Vít Janeček, with the D1film production.

"The feature project Fruti Gathering (currently under development) is the story of two young women with different life situations. The film focuses on their love and life in a repressive society, which until recently was in a tough military regime."

See this article for more information.