Paul Virilio’s major contribution to contemporary European thought has been to demonstrate that questions of visual culture are not only academic and cultural, aesthetic, historical, critical, philosophical, and anthropologicalquestions but also extremely important questions of societal formation and governance. For Virilio, visual culture does not simply provide ways to understand the visual or examine images; it offers primarily a critical site of theory and contemporary culturalaction and intervention, where relations of power in this field of study are both established in everything from film studies and psychoanalytic theory to gender studies, queer theory, television and video game studies, comics, the traditional artistic mediaof painting, advertising, and the Internet, and potentially disturbed. Virilio’s initial ways into these areas of power relations that constitute the visual cultural scene and its usual analytic topics are odd and oblique, which provide them their intellectualpurchase, emerging as they do from his work as an urbanist interested in technology, speed and the military. These larger forces, according to Virilio, are the primary influences on and shapers of visual culture with the standard areas of inquiry being mereeffects of them.

This talk will work with some of Virilio’s most evocative theoretical formulations, including dromology, the aesthetics of disappearance, the accident (of art,of technology, the global), and picnolepsy and will do so through an examination of specific artworks by Trevor Paglen, Susan Schuppli, and Victor Burgin and others to get a sense of the Post-Digital as it pertains to art, technology and theory. ThePost-Digital is a way of theorising and contextualising the digital as an historically specific phenomenon. Just as postmodernity addressed modernity in a  critical and historical manner, the Post-Digital intends a critical and temporal engagement with thedigital while remaining partly defined by it. For Virilio the temporal and technological specificity is primary import: he is interested in why images/cinema in World War I, for instance, look as they do and how technological mediations of the 21st centuryoperate as they do and to what effects. Virilio returns consistently to visual culture as a site of contestation manifesting the larger concerns of urbanization, technology, militarization and speed as inextricably intertwined phenomena. 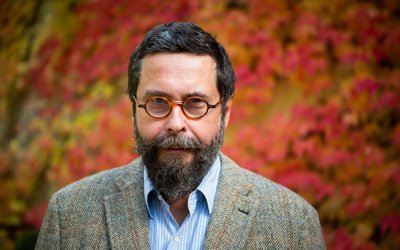